Based in the heart of Nottingham in Sherwood, our practice brings together skilled and professional dental experts to offer you the very best in dental care. From our team of Dentists and Dental Nurses, to our Dental Hygienist, Implantologist and Clinical Dental Technician, and right down to our Reception Staff, each works hard to give you healthy teeth and a beautiful smile.

Why choose us Get in touch 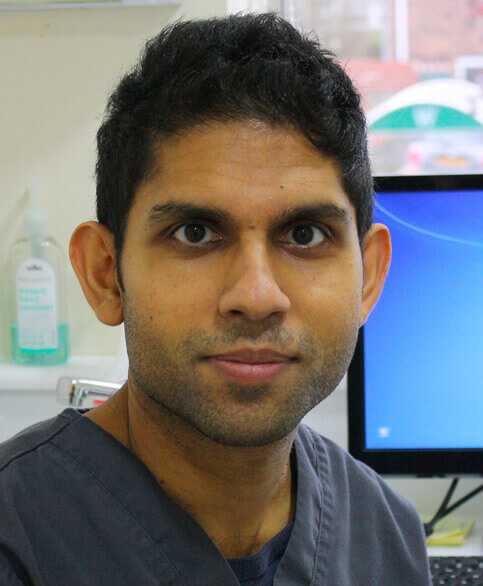 Vitesh qualified from the University of Birmingham in 2006 and has worked as a General Dental Practitioner ever since. He is a member of the prestigious Royal College of Surgeons General Dental Practitioner Faculty, and he previously held a post as a part-time Clinical Lecturer teaching undergraduates in the School of Dentistry at the University of Birmingham.

He has a special interest in looking after nervous and anxious patients using a number of methods, most notably the intra-venous sedation technique, and had treated over 80 patients using this method. He also has a passion for cosmetic dentistry, improving people’s confidence through improving their smile. 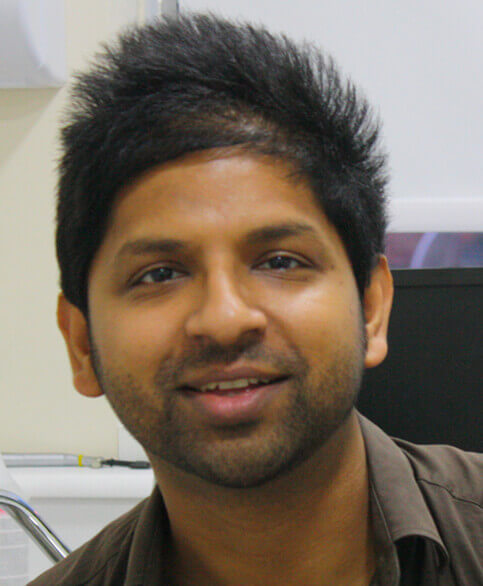 Mayur grew up in Leicester before studying dentistry in Sheffield University, graduating in 2008. Having spent nearly 8 years as an NHS dentist, he decided to join Sherwood Dental Care in 2015. He is a member of the prestigious Royal College of Surgeons General Dental Practitioner Faculty and has done numerous presentations to young dentists – including speaking at a Young Dentists Careers Day.

Mayur enjoys all aspects of dentistry, especially cosmetic dentistry, and has attended courses all over the country. He has recently become Invisalign accredited, improving smiles by straightening teeth. He enjoys the daily challenge dentistry brings and has a very loyal following of patients. Outside of dentistry, he is a keen Newcastle United fan and has a young family to keep him busy. 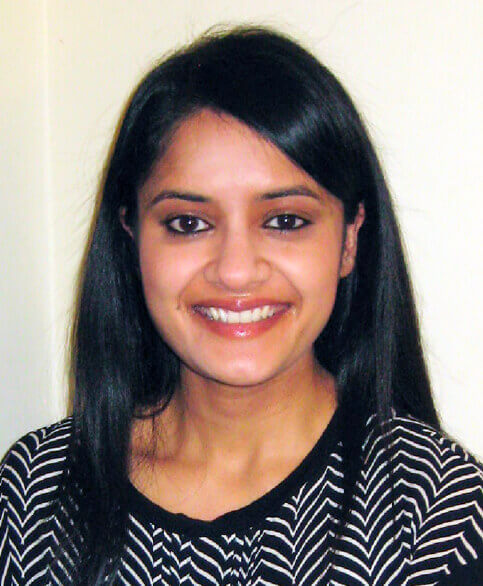 Snehali qualified from the University of Birmingham in 2006 and has worked as a General Dental Practitioner since. She is a member of the prestigious Royal College of Surgeons General Dental Practitioner Faculty. She enjoys all aspects of dentistry, including treating children and anxious patients. She continues to expand her skill set by attending regular courses and keeping up to date with the latest treatments. 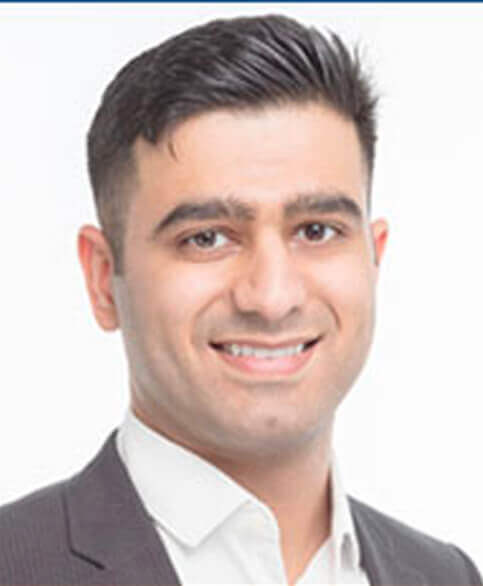 Ricky obtained his dental qualification from the University of Manchester. During his undergraduate years, Ricky developed a passion for Endodontics and Cosmetic Dentistry. Shortly after his undergraduate studies, Ricky was awarded the Diploma of the Faculty of Dental Surgeons from the Royal College of Surgeons of Edinburgh.

After winning several awards in the field of Endodontics, Ricky completed a 3-year postgraduate masters (MSc) degree, in order to gain the knowledge and skills to treat complex Endodontic cases on referral. Alongside Endodontics, Ricky has also had extensive training in advanced Restorative and Cosmetic Dentistry from the prestigious Tipton Training Academy, Perio Academy, Frank Spear and The Dawson Academy to name a few. As a former dental phobic himself, Ricky can empathise with those who are nervous about seeing the dentist. He has a natural ability to put patients at ease and takes considerable pride in providing his patients with high-quality care.

Ricky is a self-confessed foodie and enjoys cooking in his spare time. If he’s not in the kitchen cooking, he’ll either be watching cookery shows on TV or visiting different restaurants! 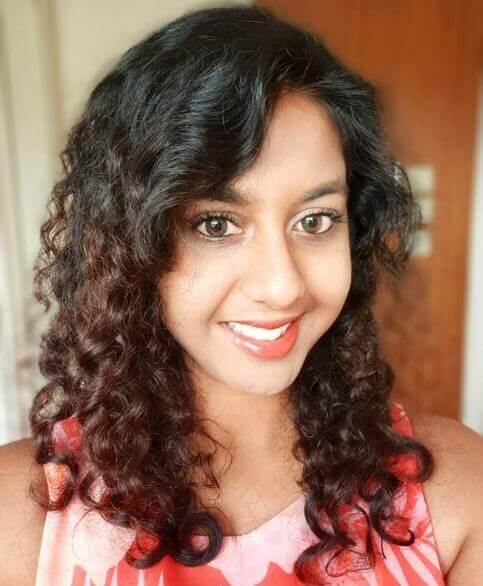 I graduated from Barts and The London in 2015 and since then have worked in Greater Manchester, where I was born, and now in Nottingham. I enjoy all aspects of dentistry, but my main aim is to make sure you have a comfortable experience and leave with a smile. 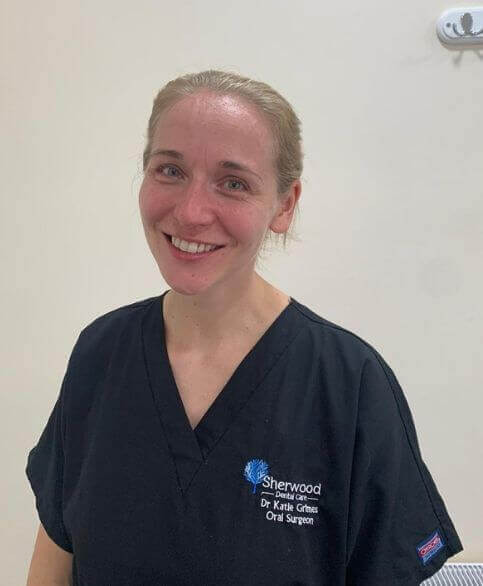 Katie qualified from the University of Leeds in 2007. After spending a year in general dental practice Katie went onto gain specific training in Oral and Maxillofacial surgery at the University Hospital of South Manchester. While undertaking this training she successfully completed her MFDS at the Royal College of Surgeons Edinburgh. This has led to an appointment as a Speciality Doctor in the Oral and Maxillofacial units at Warrington and Halton Hospitals.
In addition to her role as a Speciality Doctor Katie spends her remaining time in general dental practice. Katie enjoys all aspects of dentistry but has specific interest in Oral surgery. She prides herself on providing a high standard care to all her patients in a relaxed atmosphere. She uses the latest technology and up to date techniques and takes great pleasure in helping her patients fulfil their goal of achieving a healthy attractive smile.
During her career, Katie has been able to develop her interests in other areas of dentistry. She has completed the National Course in Conscious Sedation for Dentistry. Katie can provide general dental treatment or oral surgery under intravenous or oral sedation. 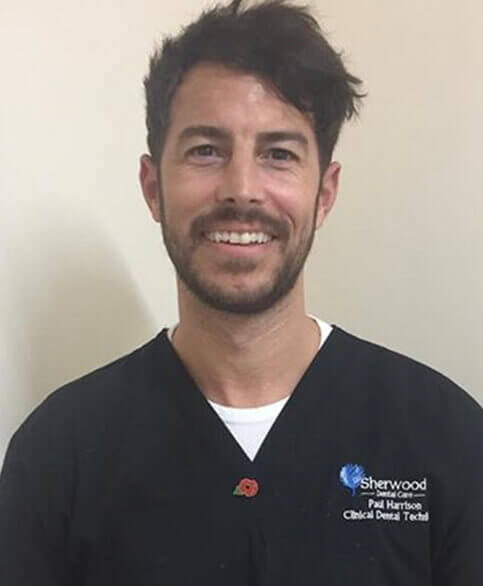 Paul is also registered with the GDC as a dental care professional and is a member of the BACDT.

Having worked in the industry for nearly 20 years, you can be sure that you receive an excellent service from Paul through his extensive experience, knowledge and skills in dentures. 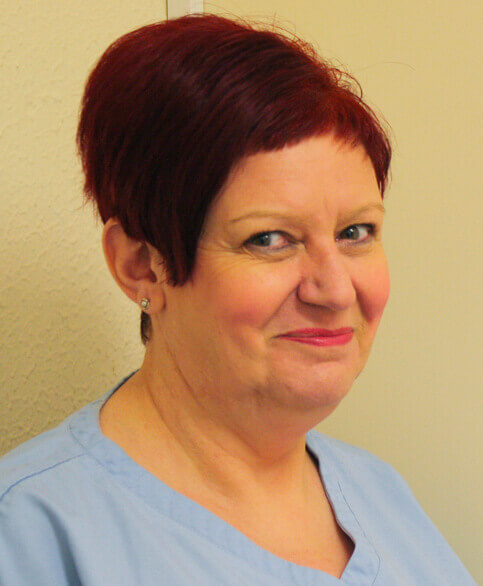 Christina graduated from Sheffield University in 1990 gaining a certificate in Dental Hygiene. Christina worked as Dr Sawdon’s Nurse previous to qualifying as a Dental Hygienist for many years. In the same year as qualifying, she joined Sherwood Dental Care. 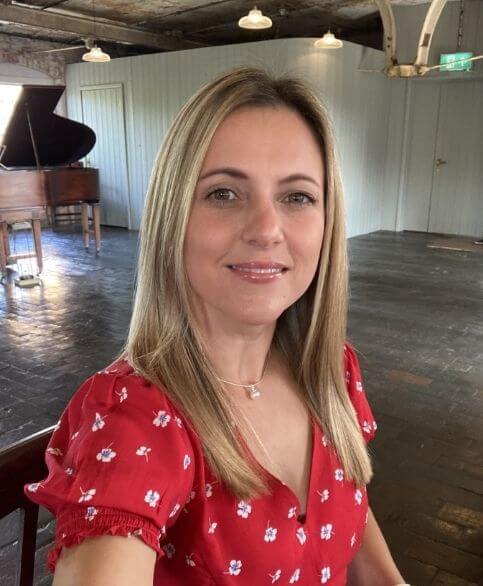 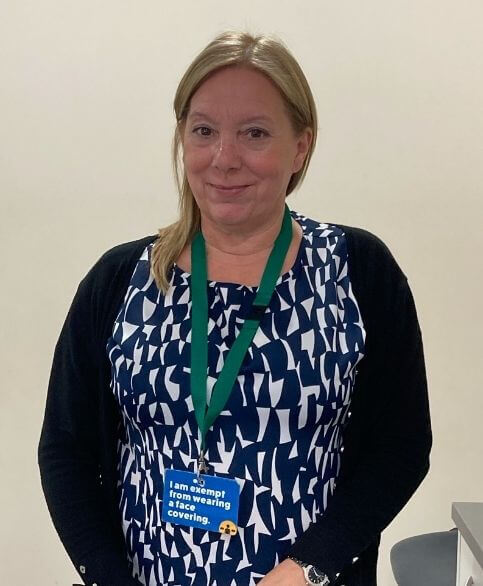 Jane Spurr is the Deputy Manager & Receptionist and has been at the practice since 2014. You will most likely find Jane working as part of the reception team. Jane also enjoys the management side of her job and has a day a week helping out Maria with additional duties. 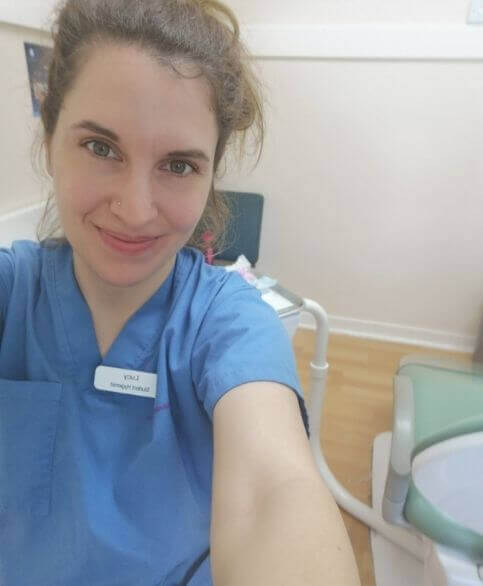 Lucy has been working as a Dental Hygienist since 2019, having studied at the University of Essex which focuses on a more immersive and practical training experience.

Since qualifying Lucy has been working with a wide variety of patients including many implant and orthodontic maintenance cases.

Lucy focused on a holistic approach to care especially with Periodontaly compremised patients.